Palazzo Bollani is hosting “Together”, an exhibition curated by Jean Paul Carradori and presenting the works by Chinese contemporary artists Wang Qingsong and Tong Hongsheng, who are also part of “Transfiguration”, the Chinese national pavilion at the Arsenale.

The exhibition, running until 30 November, is not an official collateral event, therefore it wasn’t in the guide nor on the map of the Venice Biennale, but on a fortunate walk down hidden calli in Venice, we bumped into the signage and followed it. What we came across was a jewel, in fact. Amazing works by the two artists in another ancient Venetian palace were on display. The lighting was just perfect for the artwork, lending it an aura of mystery, mysticism and sacredness.

Wang Qingsong is famous for his large format staged photographs, many of which include naked people, or a lot of people in general, posing with recognisable symbols of capitalistic and consumer culture, images that comment on the state of contemporary society in a humorous, ironic and dark way.

Tong Hongsheng is a Buddhist hermit, who finds painting as a pathway to enlightenment. His still life paintings of objects from Buddhist culture set off a dark background are symbolic of the loss of tradition and faith in contemporary culture. He also does magnificent portraits of Buddhist monks and personalities and large scale compositions, such as one on show that occupies the whole length and height of the upstairs room, in which he portrays monks, as well as other eminent figures from other religions with poignant realism.

It is interesting to see the juxtaposition of the two artists in one exhibition, as I think that the works on show by Wang Qingsong are perfectly combined with the sacred ones by Tong Hongsheng. There is that darkness in both artists’ works, the light that lends mysticism to both, the hyper realistic feeling that they both give, one for its photography, the other for the painterly style and skill in portraiture. The only unfortunate aspect is that Wang Qingsong’s photographs weren’t mounted, but rather just stuck to the wall as large prints. The exhibition was quite impressive anyway and it’s a good one to see to get more acquainted with the artists’ works, especially with the lesser known Tong Hongsheng’s. 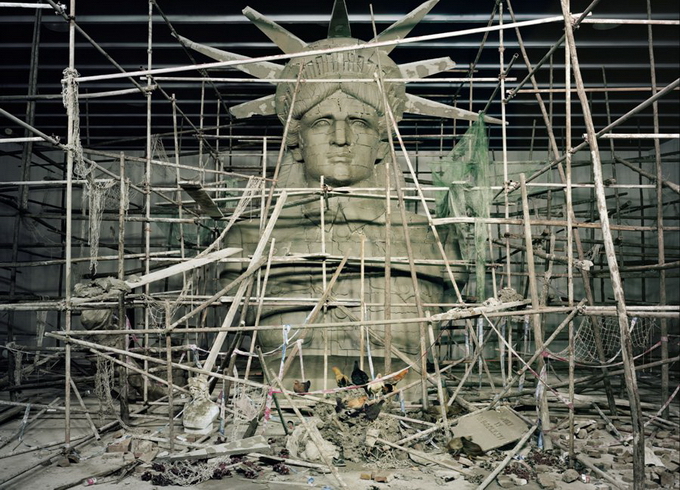 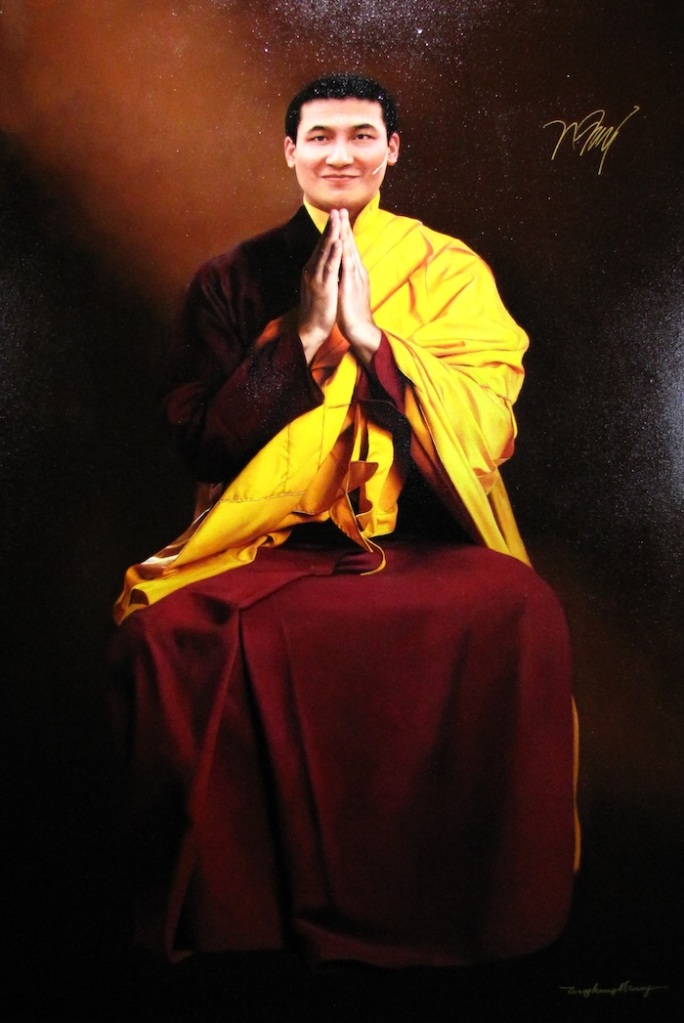 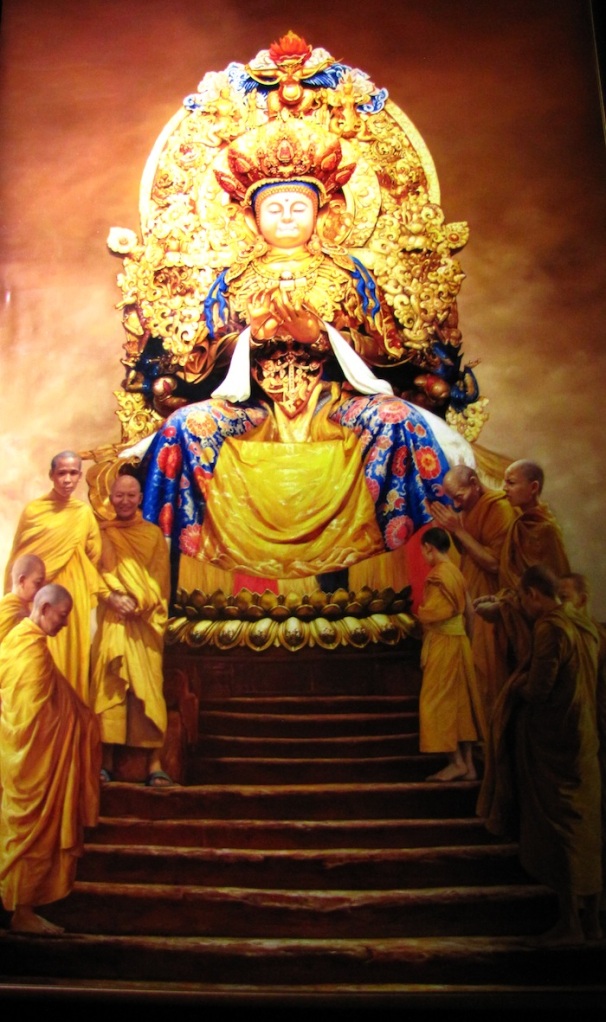 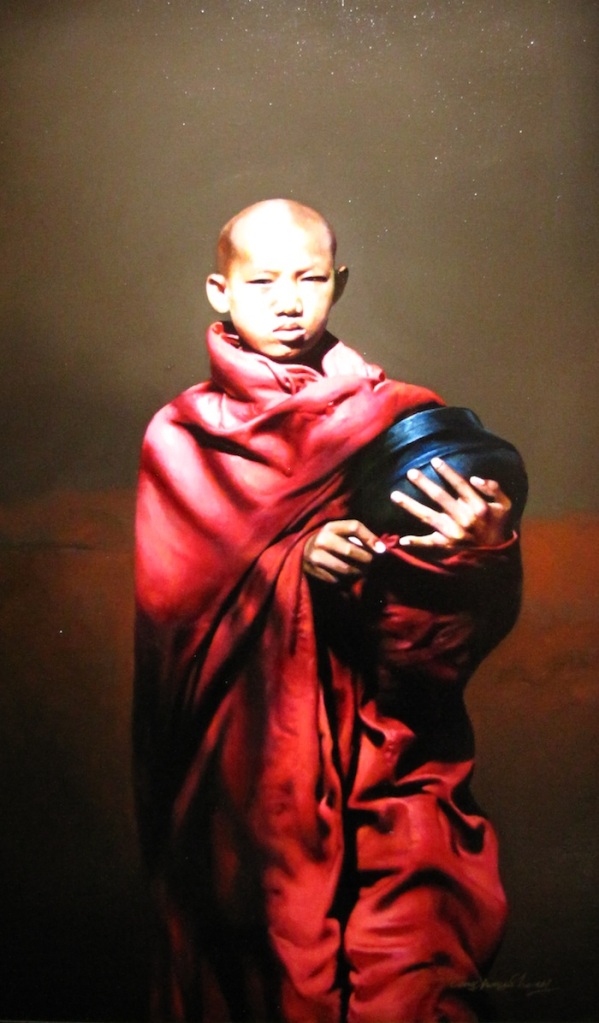 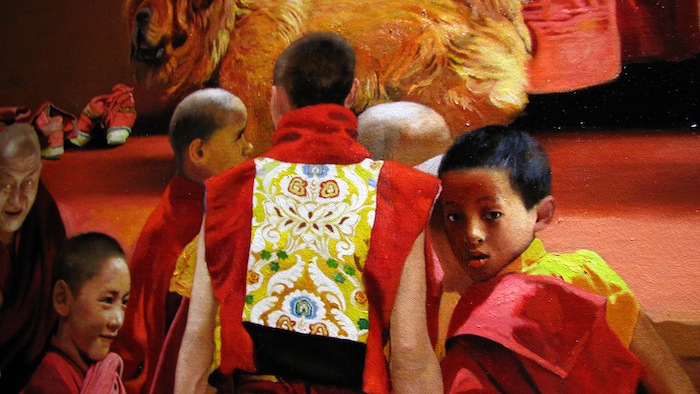 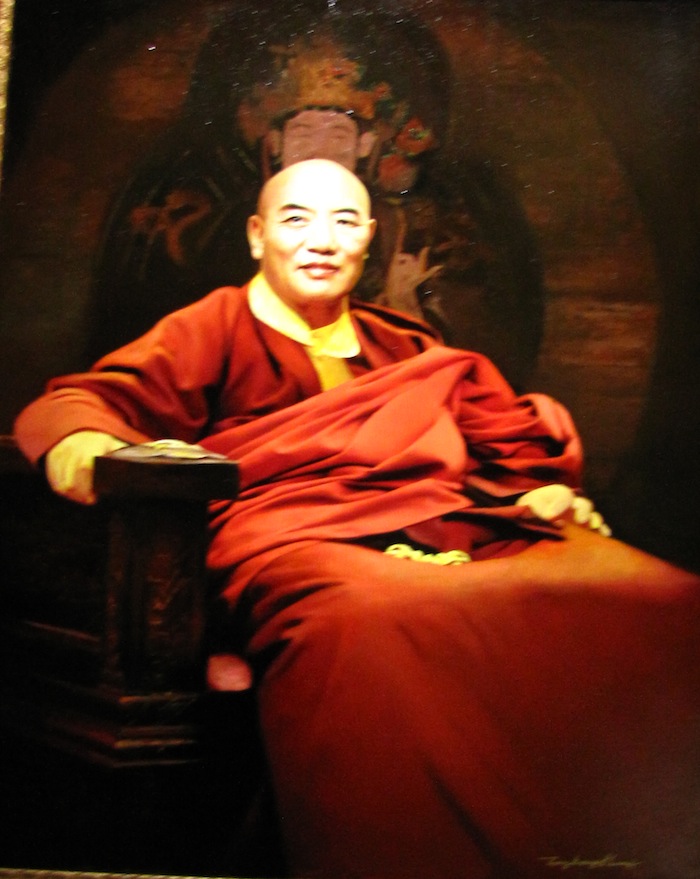 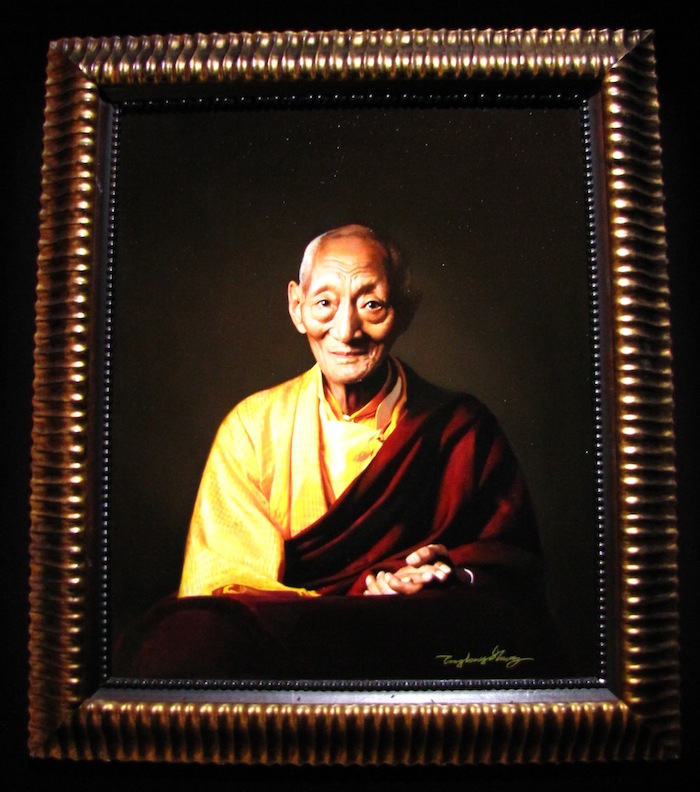 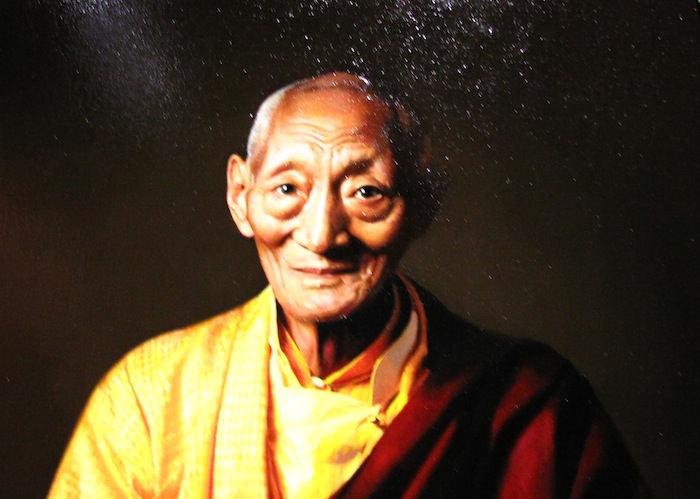 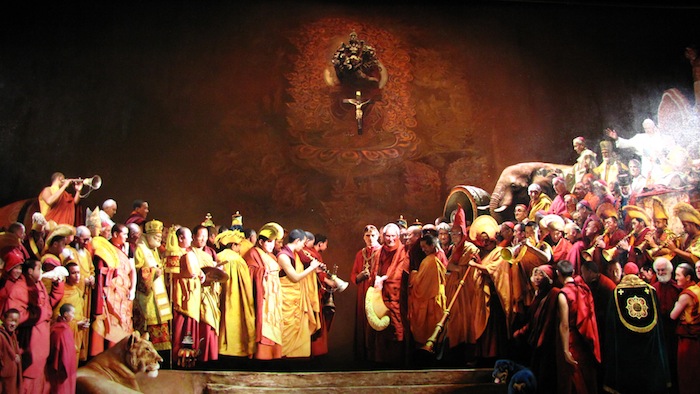